Inheritance is a powerful tool that is very often used to reduce redundant code. If you have more specific versions of a larger class, inheritance can be extremely useful. Using our Animal class from the Objects notes, we can use all its general attributes, but then add more specific classes.

The syntax for creating a class inherited from another class is shown below:

Right now, this will create a new Cat class pointing towards the Animal class we’ve already created, meaning that it can also access the class attributes/variables alongside the methods of the Animal class. 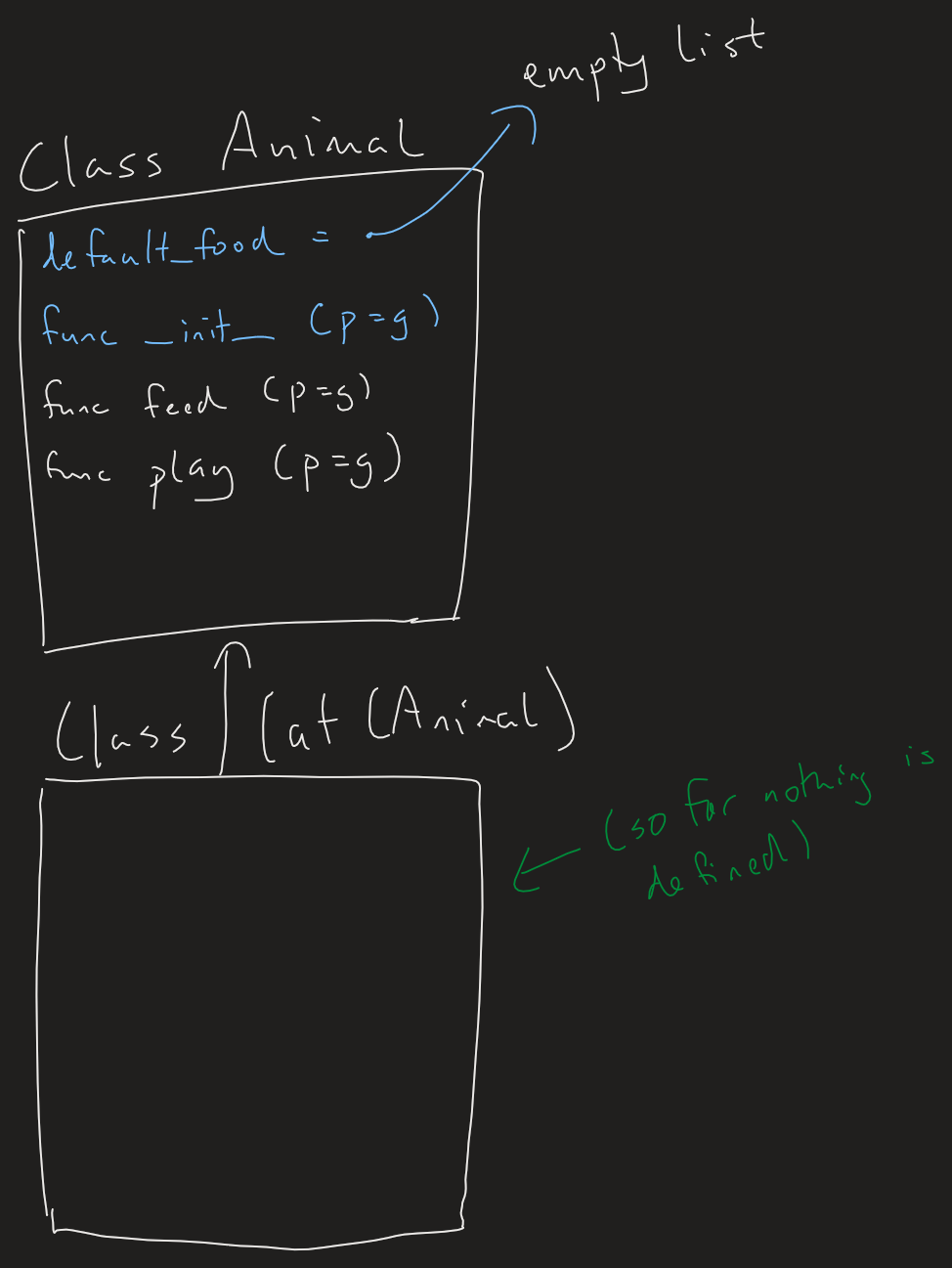 In the image above, we can see the Cat class we created pointing towards the Animal class, meaning that in terms of our lookup order, we first look to see if something exists in the instance, then Cat, then Animal.

For example, let’s edit our Cat class a bit, so it has a use, then create an instance:

As a result of that, we get the following diagram (in this case, the __init__ method is called from class Animal as that is the highest level where an __init__ is defined.): 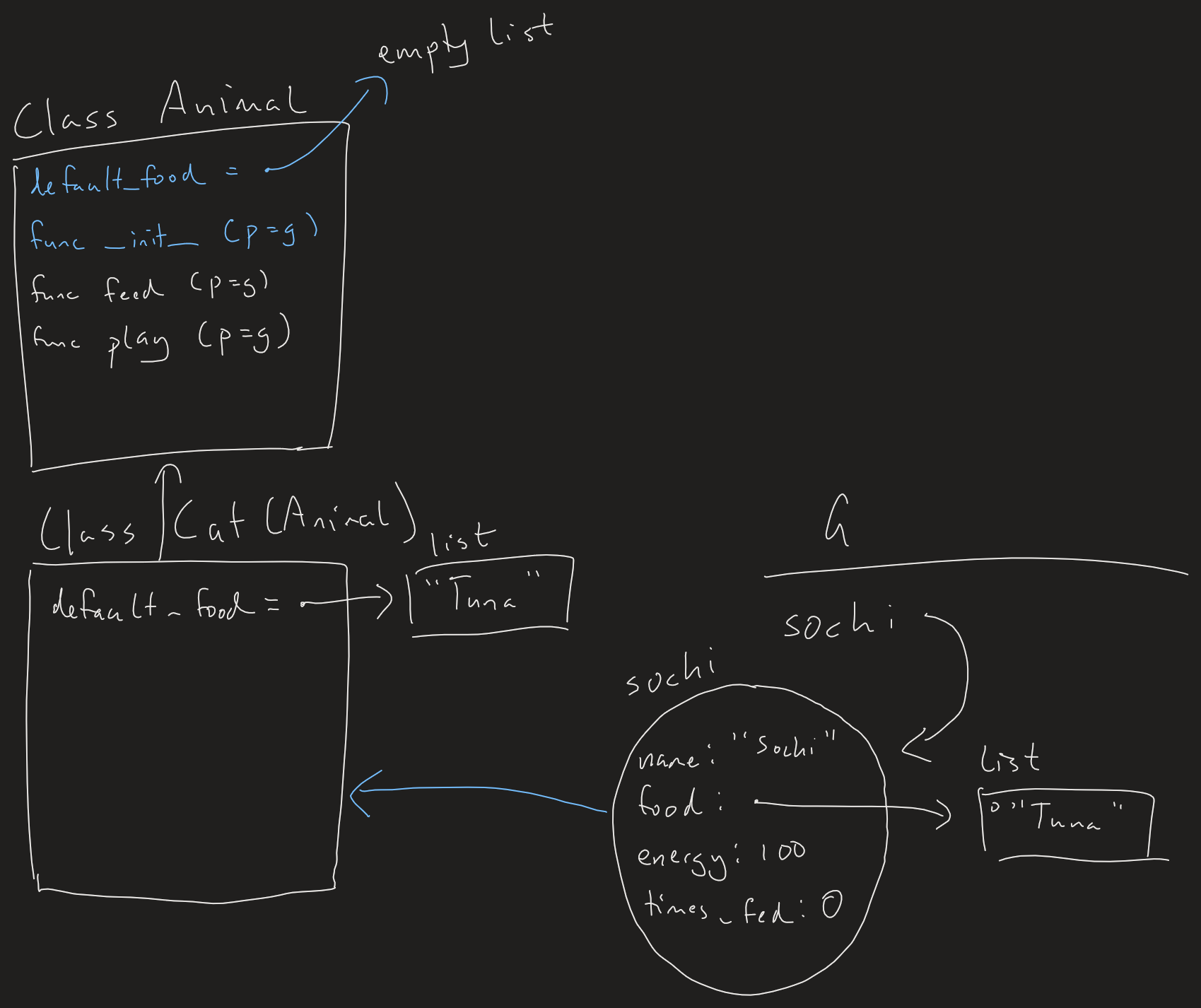 Our current version of the Cat class doesn’t really do much. We can override our default methods by simply redefining them in our new class. The lookup order will make it such that only our newly defined method will be called. 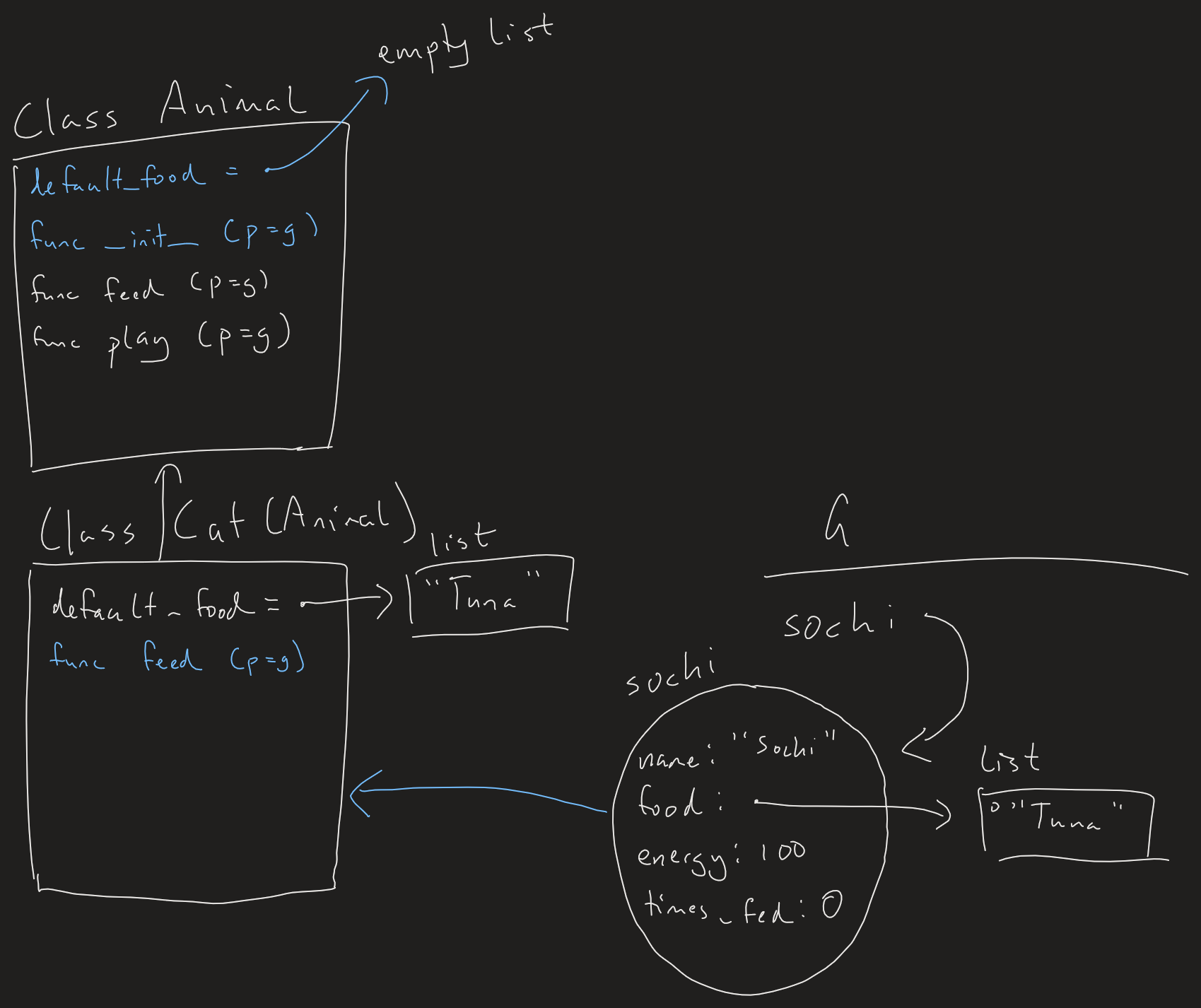 Now our current diagram looks like this. If we call sochi.feed("apple"), it will look at the feed method defined in Cat and then call it because it exists in that class.

The super() function, at least in the scope of CS 61A, looks at its parent class.

This could be useful if you wanted to use a method of the parent class but add a few extra details. The super() function automatically passes in self.

Now, looking at our diagrams, we have the following: 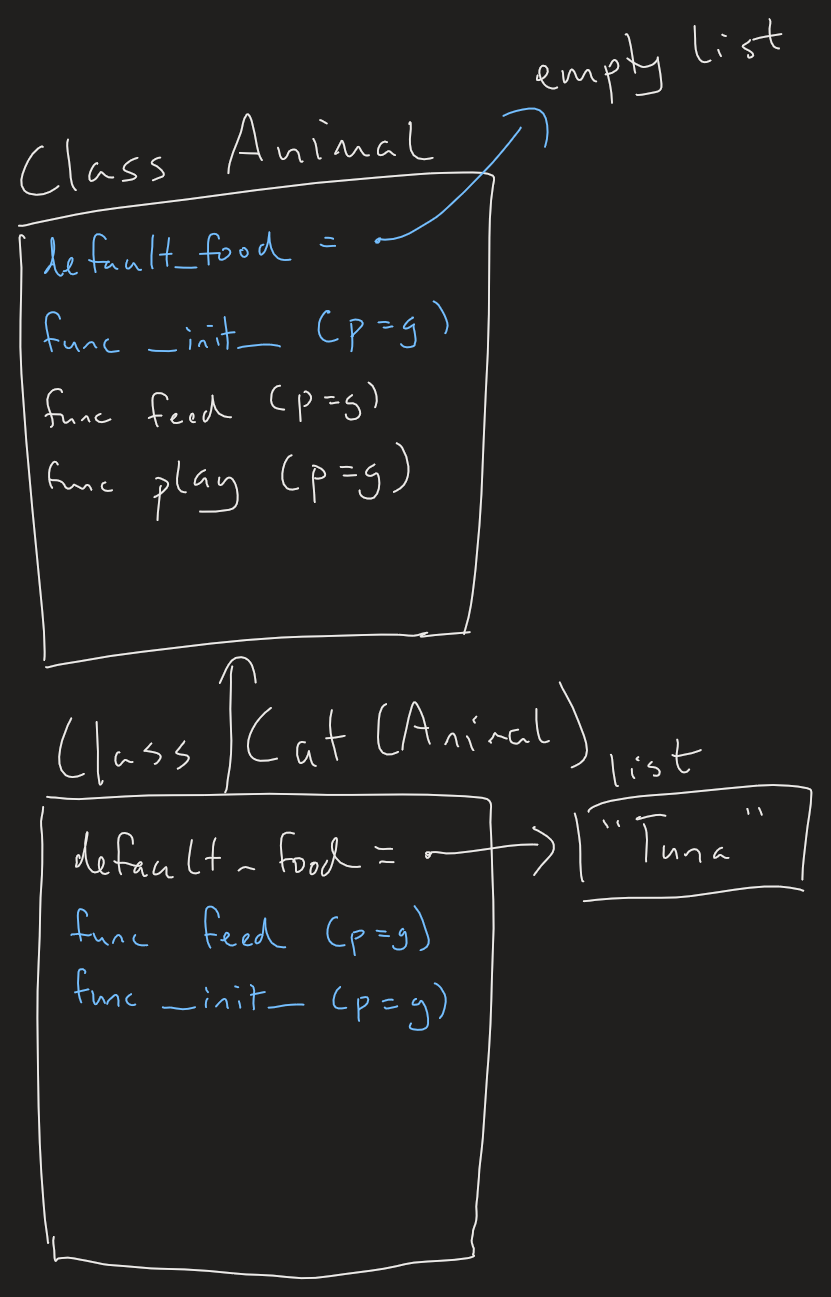 If we then create an instance of our newly created Cat class, we will do the following:

First, create our instance and find whether an __init__ exists

Then, if it does exist, we execute it.

Explicit examples will not be given here because they should not be necessary. You can imagine the world of possibilities that you can do with classes and inheritance! Try thinking of how you would make a card game using OOP. Doing that will reduce A LOT of redundant code and make writing this card game easy. In fact, you might see this sort of thing show up in lab questions (alongside the Ants project).