High Level Languages (basically languages with a lot of abstraction from machine code - essentially 1s and 0s) are typically either compiled or interpreted.

When a program is compiled, the source code is directly translated to machine code right from the start - this code can then be distributed and run repeatedly.

When a program is interpreted, the source code is run directly without first compiling it. This gives interpreted languages more overhead, but also makes it such that you remove the time needed for compilation.

Phases of an Interpreter #

In order to interpret source code, programs need to be written to understand said source code.

A usual method is the following:

The way to parse a scheme expression is to first collect the tokens of that expression (lexing), then turning it into a form readable by the language that it is to be interpreted by.

This process is iterative, and processes lines one at a time.

The syntactic analysis turns our tokens into a parsed form that is readable by programs. For example, the Pair class is used in the Python interpreted version of the calculator language.

This process is tree-recursive - it eventually returns a tree-like structure using linked lists and then processes multiple lines.

The Pair class is what’s used in CS61A to represent scheme lists.

Programming languages have the following features:

When creating a new programming language, we need the following things:

Our calculator expression will only have primitive expressions (numbers) and call expressions (+, -, *, /) with nothing else. This will give us the power to write mathematical expressions in scheme, then parse it using our parser. 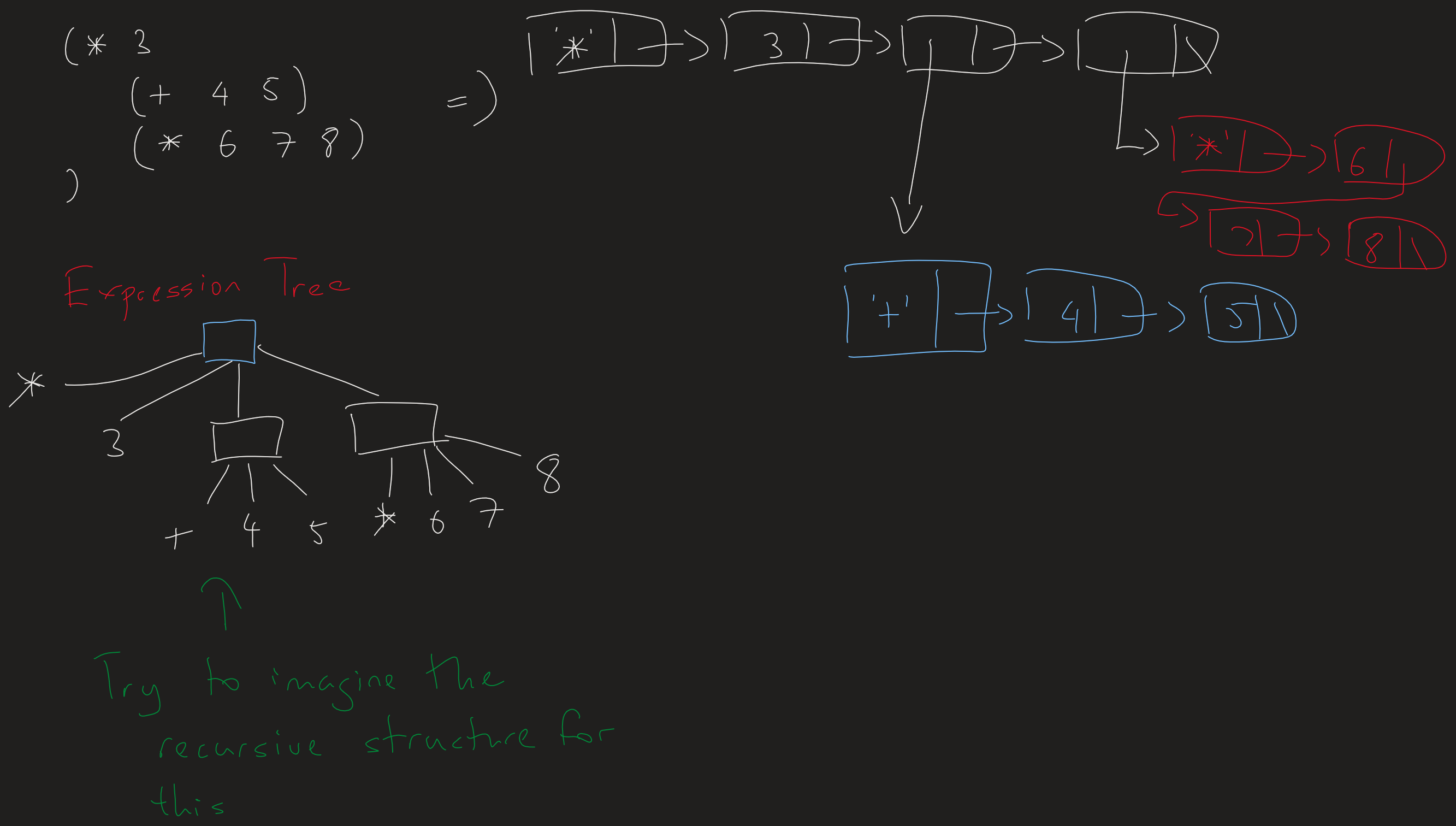 The image above shows an example of an expression and the lexing and parsing that occurs from it.

The evaluation rules for a calculation expression is defined recursively.

If we look at the expression tree above, whenever there’s a box, we need to evaluate the result from said box (which keeps going down until there are no more boxes to evaluate)

This evaluation function computes the value of our expression. This function basically just looks at the data type then applies a different rule.